I Toad You I’m Glamourous 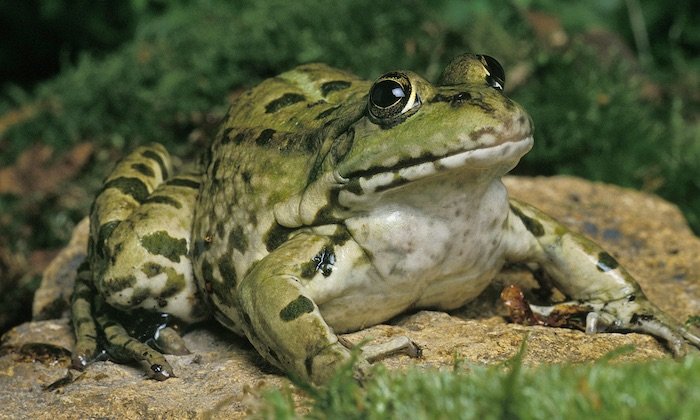 I don’t know that I’ve ever encountered toad poop before.  Years ago, I had a toad that got into my kitchen in my townhouse in Charlotte, N.C.  A toad that the dog I had then, the adventurous Kirby (a k a TurboKirbo) desperately wanted to eat. Toad equally desperately did not want to be eaten. I, even more desperately, wanted my dog not to eat the toad and the toad out of my kitchen.

A sequence ensued whose intricacies would have made the most elaborate marching band pattern look like a stroll. It also included a phone call to my mother asking how to get a toad out from under a refrigerator, under the theory that Mom Knows Everything.

That toad was caught when it hopped on a piece of cardboard (after a zillion tries) and I covered it with a bucket.  I then relocated it some distance from my kitchen and set it free.

But that toad had the decency not to poop. Even under the refrigerator.

This toad wasn’t as genteel.

I discovered this when I was checking under the covers that protect my deck furniture from the elements, preparing to bring them inside, now that cold, rainy, and chilly seems to be the order of the day … day after day.

A fitting end to the deck season that wasn’t.

Other years, I’ve enjoyed writing on the deck, when the weather’s warm enough but not too hot.

From the beginning of April, we’ve been trying to get someone to power wash, repair, and stain the deck. It’s still not done. Don’t ask.

Waiting for this mythical work to happen any day, I never set up my deck office. And now it was time to put the few pieces that ever made it to the deck away for winter, washing the covers, cushions, and frames.

Next time I’m going to have to get critter-repelling covers.

Because the first thing I encountered was a pillow with the seam chewed open and a small clump of stuffing spewed out like, oh, say, a chipmunk had given it a nibble and gone “Ptui!” I hope he’s spread the word in chipmunk-land that my pillows are not a delicacy.

Pulled the cover back farther from the chair and ottoman and ACK! a liver-colored toad about the size of two silver dollars jumps out. And right where he’d been sitting on one of the pillows was … ICK!

Into the cupped inside hem of the cover.

I try to shake it out over the deck railing. Toad clings to inside of cover, leaving – you guessed it – more ICK.

I exclaim. Kalli barks. Toad does more of the icky, leaving a patch as big as him.

After ordering Kalli to Sit. Down. Stay. Quiet. (Why, oh why didn’t I learn the toad command for Don’t Poop!?) I rejuggle my hold on the cover, avoiding toad and ick, and sort of pop out the outside where he’s clinging to the inside. He goes sailing toward the ivy bed below. The poop remains.

I have now hosed off cover and pillow. Twice. Run the pillow through the washing machine twice. With bleach. Rubbed at the cover. With bleach. (And then threw out the towel used.) And hosed the cover again.

No sighting of the toad. He better hope I never see him again.

If he’s really a prince, tough luck. There will definitely be no kissing.