“Back in my day…”: 911 in Cheyenne, Wyoming, circa late 1970s/ early ’80sIt was so refreshing to pick up SIGN OFF, the first novel in Patricia’s Caught Dead in Wyoming series, and find that E.M. Danniher’s adventures led her to the local 911 dispatch center. Those folks who handle the calls are so often overlooked, but they’re a vital piece of the law enforcement system. I love reading about fictionalized/disguised real places to see if I can find familiar landmarks. Almost five years in Wyoming left me with plenty of memories to sift through as I explored Elizabeth’s Cottonwood County.

Hubby and I lived and worked in Cheyenne (compliments of the U.S. Air Force), spent our first anniversary in Casper, and hiked in Curt Gowdy State Park; I spent time in the police academy facilities in Douglas while working for the Cheyenne city police, and ended my time in the Equality State manning the desk in the fledgling Laramie County 911 Center.

History note: The first 911 call in the United States was completed in Haleyville, Alabama, on February 16, 1968. By the end of the 20th century, approximately 96 percent of the geographic United States was using some form of the system (mostly the Enhanced 911).

When I started with Cheyenne PD in late 1978, we were far from the Enhanced system. And I have to give Patricia’s Aunt Gee credit – sharing her dispatch space with patrol officers? No way! 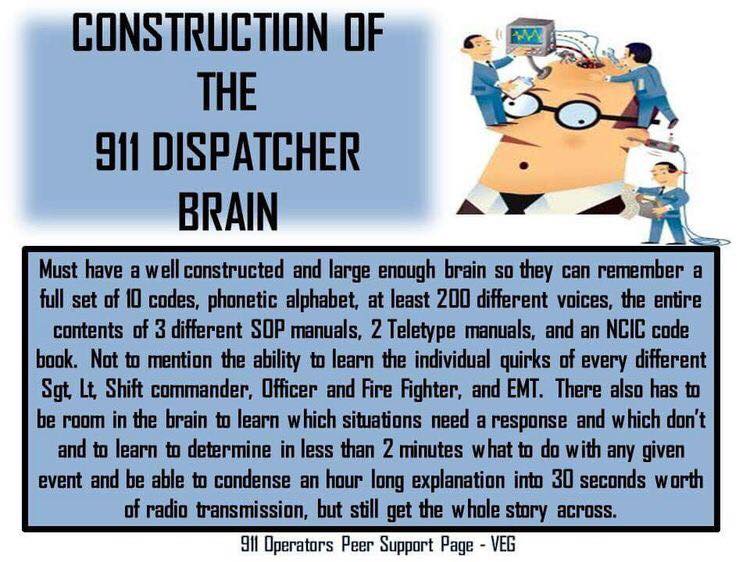 Those guys (and gals now, not so much then – which is why we also trained as jail matrons) are loud and disruptive, and dispatchers are much too busy answering multiple phone lines and any number of radio calls to allow non-essentials in their space. All of the departments I’ve ever worked in (four total) kept the officers’ squad room completely separate from dispatch. And not just for the dispatchers’ peace of mind; some of those squad rooms doubled as booking areas and interview rooms.

Of course this was also in the day before headsets and computers (other than the NCIC teletype system – look it up!). Cheyenne PD’s 911 phones were bright red, rotary dials and all, and rang in with a jangle loud enough to override any radio traffic. We usually occupied our tiny carpet-lined (for sound-proofing), windowless office solo, but we teamed up during afternoon shifts in the summer months.

Fortunately, there were two of us on duty when one of the most destructive tornadoes (F-3) in the city’s history struck on July 16, 1979. Grainy YouTube footage shows the huge funnel cloud that descended on the city, flipping airplanes on F.E. Warren Air Force Base and at the Cheyenne Regional airport, mowing down the Buffalo Ridge subdivision and a trailer park, and seeming never to end. When it was over, 40 were reported injured, one person was killed, and an estimated 200 homes were destroyed.

Aunt Gee would have been proud. Somehow we held it together – as good dispatchers would – and collapsed later. When the first reports came in and the phones erupted, we corralled the corrections officer to help answer the regular lines. We juggled the nonstop 911 calls and radio traffic for what seemed like hours, but likely the worst of it was over fairly quickly. My most distinct memories of those endless minutes of chaos were the panicked woman who didn’t know enough to go into the basement for safety – she’d never heard of a tornado – and the patrol officer who stopped answering my radio calls.

Losing an officer is any dispatcher’s worst nightmare. That moment when a civilian picked up the mic and told me the patrol car was abandoned-where the hell’s the officer was heart-stopping. It ranked right up there with the domestic violence call when I heard shots fired on the phone line as my officer arrived at the scene.

Fortunately, this time the missing officer had chased down a panicked woman and hustled her into an alley under a mattress as the tornado passed overhead. They were safe.

These days, Aunt Gee and her compatriots have computer-aided dispatching, GPS, and all sorts of technology assistance we couldn’t imagine. But the bond remains, and no matter how long I’ve been out of the dispatch office (I left for more regular work hours when our daughter started school), I still miss the adrenaline rush, and “my” officers. 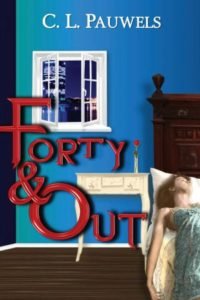 C.L. (Cyndi) Pauwels brings to her crime fiction nearly 20 years’ experience working in the criminal justice field. Her debut novel, FORTY & OUT, is set in the Toledo, Ohio area communities she called home until 2004. Cyndi’s publishing credits also include the award-winning nonfiction HISTORIC WARREN COUNTY: AN ILLUSTRATED HISTORY, several anthologized essays, and numerous short stories. In addition to writing, Cyndi’s portfolio career includes editing, teaching as a college adjunct, and serving as assistant director for the Antioch Writers’ Workshop. She lives in Yellow Springs, Ohio, with her husband of 38 years, three spoiled dogs and nine chickens. Follow her work at http://clpauwels.com