Consumer Tip: Quitting Time is No Time to Quit

In honor of my Caught Dead in Wyoming mystery series, my assistant Kay Coyte is writing for my newsletter and blog a series of consumer tips inspired by TV reporter Elizabeth Danniher.
– – – –
A headline in last month’s AARP Bulletin caught my eye: Here’s When You’re Most Vulnerable to Scam Calls. 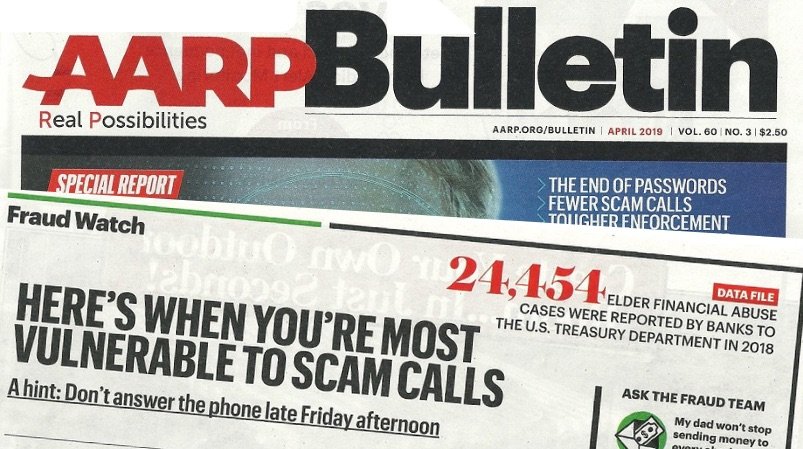 Security experts from Social-Engineer Inc. recently ran a study in which they called more than 20,000 of their clients’ employees and attempted to trick them into handing over personal information such as passwords. (One way was to pose as a reporter – no!) Their success rate peaked on Fridays, when 65 percent of those who answered gave up secure data. On Monday, only 29 percent of the employees fell for it. A similar spike occurred when spam calls were made later in the day, around 5 p.m. In other words, at quitting time.

Perhaps not surprisingly, women were better than men at scamming over the phone. Lesson learned: when you’re tired and vulnerable, at work or at home, don’t let down your guard.