Consumer Tip: Be Afraid of These Ghosts

In honor of my Caught Dead in Wyoming mystery series, my assistant Kay Coyte is writing for my newsletter and blog a series of consumer tips inspired by TV reporter Elizabeth Danniher.
– – – –
Does the mention of IRS send shivers down your spine? Tax season is never fun, but it’s also a time to be vigilant about protecting your identity and personal data. Last year, the Internal Revenue Service put in place safeguards to slow identity thieves who used stolen Social Security numbers and other data to file fake tax returns and collect refunds themselves. Now the IRS has issued a taxpayers alert about “ghost preparers” — con artists who pretend to be legitimate tax professionals.

“Dishonest and unscrupulous ghost tax return preparers look to make a fast buck by promising a big refund or charging fees based on a percentage of the refund,” the IRS stated.

NerdWallet reported last month that 80% of people who used tax preparers never asked about the preparer’s credentials and about 75% never asked if the preparer would represent them in a tax audit. “That’s crazy,” wrote reporter Tina Orem, “considering that hiring a tax preparer means sharing details about everything from your income, your bank accounts, your marriage, your kids — and your Social Security number.”

Paid tax preparers must have a valid Preparer Tax Identification Number, or PTIN, and they are they are required to sign the return with that PTIN. Ghost preparers leave that line blank and tell the taxpayer to sign and mail it to the IRS. Or, for e-filed returns, they prepare but refuse to digitally sign it.

Other shady tactics may include:
– Requiring payment in cash only.
– Encouraging clients to invent income to erroneously qualify for tax credits or claim fake deductions to boost their refunds.
– Directing refunds into their own bank account instead of the taxpayer’s account.

In its own investigation, AARP found that ghosts have been known to address a group of people, then offer to prepare tax returns for a fee. Or “puts up a shingle during tax season, then vanishes and isn’t around to stand by his or her work.”

The first step in shopping for an honest tax preparer is the IRS’ own directory of those who have a valid PTIN. They can be attorneys, accountants or trained assistants, so the IRS also provides a handy guide to help you choose the preparer who best suits your needs.

Note that volunteer preparers, such as those who staff AARP’s Tax-Aide assistance program, don’t need PTINs. But rest assured, those Tax-Aide volunteers are trained and vetted. Since 1968, this free service has helped nearly 50 million low- to moderate-income taxpayers, whether they’re AARP members or not. 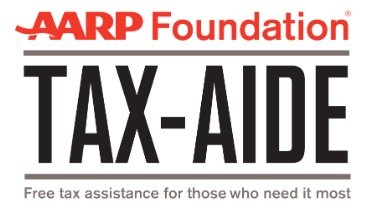 Are you more of a DIY type? NerdWallet has a checklist to help you figure out which is the best way to do your taxes: filling out paper forms yourself, using tax software or hiring a tax pro.