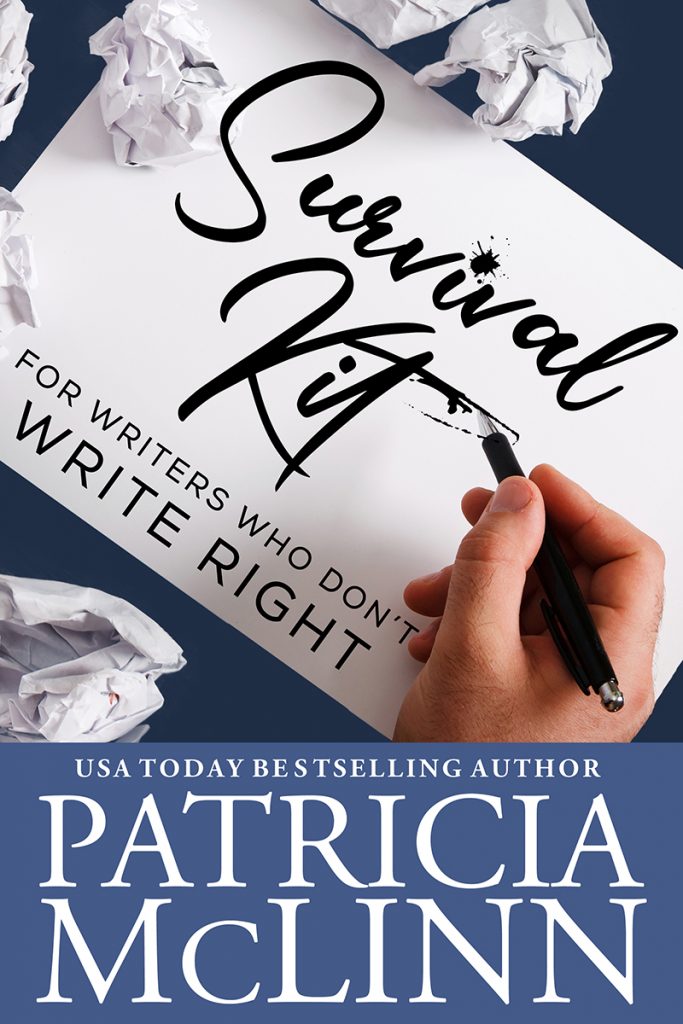 Can you survive in publishing genre fiction if you don’t outline, if you go AWOL from character interviews, if you go cross-eyed at color-keyed plot charts, and if you would rather clean a sewer than write a synopsis?

Whether you’re indie, traditional or hybrid, the answer is yes. A veteran bestselling author shares how she’s survived and thrived through 50 books and 30 years in publishing.

USA Today bestselling author Patricia McLinn, who has taught writing from Australia to Washington, D.C., presents practical, proven and hard-won tips and tools for those who don’t write “right.”

McLinn wanted to be a novelist not long after she learned to read. She received a BA in English Composition from Northwestern University, adding a master’s in journalism from Northwestern’s Medill School of Journalism in her fourth year.  McLinn became a sportswriter at a time when women doing that were rare, starting at the Rockford (Ill.) Register-Star and becoming assistant sports editor at the Charlotte (N.C.) Observer before moving on a 20-year career at The Washington Post.

A past president of the authors’ group Novelists Inc., she has taught writing courses, led conference panels about writing and the publishing business, and was a guest speaker at the Smithsonian Institution.

First Item in Your Survival Kit:
A Teeter-Totter

Up. Writers need to respect and nurture their individual process of getting words down on the page/up on the screen.

Down. At the same time, they benefit from being open to exploring and experimenting with new-to-them methods and approaches.

Up. You never know when you’re going to find something that makes your writing richer, easier, faster, deeper. You sure don’t want to miss those opportunities by rigidly refusing to consider any other method.

Down. On the other hand, writers who don’t write right are going to need to withstand a whole lot of urging to disrespect their own processes, to jettison them immediately and completely for the one, the only, the true Right Way to Write. (There are many of these “one and onlys.”)

If you’re really good at balance, you can find that perfect spot in between the ups and downs, and teeter there for a long time.

Otherwise, you’ll pass through that sweet spot briefly as you’re coming or going — grab those moments, appreciate them, do your best to extend them. And recognize that the ups and downs are as temporary as the sweet spot.

The writing world equivalent of “what’s your sign?” is “are you a plotter or a pantser?”

Plotter is a writer who plots out (often by way of an outline) his or her book before starting to write.

I also think of plotters as builders of stories. They know what form the story will take and they begin at the bottom and construct it.

Pantser — as in one who flies by the seat of one’s pants — is a writer who begins writing without a flight plan or a map. Author Jo Beverly referred to it as “flying into the mists.”

The pantsers I’ve met are discovery writers. We have an idea and we start writing it, seeing where that idea takes us and what it creates.

Neither method is superior to the other. It comes from how the author’s mind works and, sometimes, from the needs of the individual book.

There are lots and lots and lots of books (as well as workshops) out there about writing fiction as a plotter. Their titles count the steps, the days, the elements that will carry you to a perfect book. Some tell you to drop — or set fire to — your pants, others threaten that you’ll die if you don’t plot, many stress plotting is the only way to sell books.

I’m not making any guarantees about or to you, but I’m standing here as proof — I haven’t died, I have sold books, and I am a writer who doesn’t write “right.”

My first book was sold to traditional publisher Harlequin in 1989 and came out in 1990. It was the first book I’d ever submitted. (Don’t worry, I had plenty of rejections later.) In the early years I continued to work full-time, later part-time as an editor for the Washington Post, which certainly cut into my writing time. (Darned day jobs … which, for me, was mostly an afternoon-night job.) After 23 years at the Post, I left in 2007 to write full-time.

I trad published 27 books in 25 years. I started indie publishing in 2010, remaining a hybrid author by publishing with a traditional publisher until 2015, when I became fully indie.

As an indie, I’ve been on the USA Today list multiple times. (At least six; I really should go look it up.) Indie has also been lucrative for me. Nowhere near the level of a number of authors who’ve had phenomenal success. (Those who persisted after being told by traditional publishing that they’d never succeed particularly warm my heart.) I am making a good living writing books I love — around 50 titles so far.

And yet I get the pressure. Both external and internal.

When I decided to try my hand at mysteries, I told myself my process worked okay for romances, even women’s fiction. But with a mystery, surely I had to plot.

Two and a half years later, no mystery. (I wrote romances in the interim, using my process.)

The light bulb goes off.

Gee, maybe I could try a mystery writing my way.

Seven years later, I’ve published 10 of them, working on the 11th as I write this. (Along with continuing to write romances.)

But I’m not the only one who told me I had to plot.

Having survived in the biz, having good things happen, especially as an indie, I still hear from other authors and writing gurus in person, on forums, or by email an average of a dozen times a year that I really should outline. That I’ll be more productive, earn more money, write more easily if I totally change the way I write.

You will hear these things, too.

The vast majority of the advice and promises will be well-meant.

The really tricky part is that — for some of you — the promises might be true.

Survival Kit for Writers Who Don’t Write Right is now also available in print editions, at Amazon and Barnes & Noble, and other booksellers around the world. It is also available for library and school sales through IngramSpark. 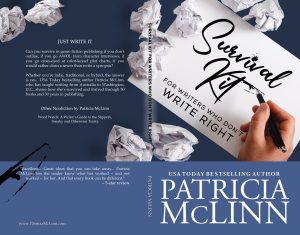