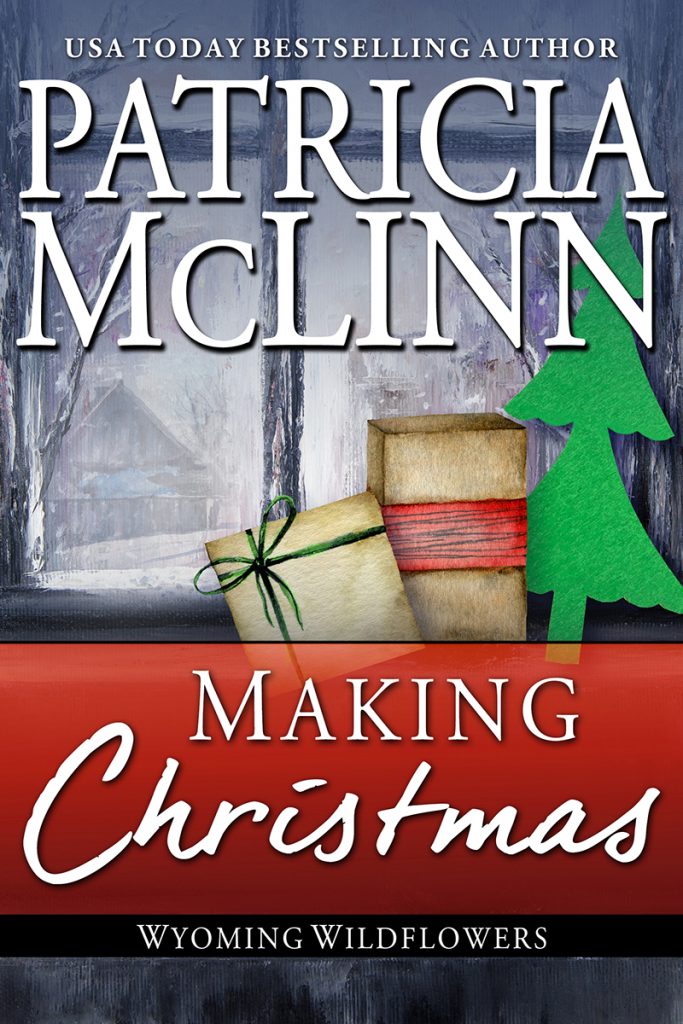 Can They Make the Best of an Accidental Noel?

This wasn’t the Christmas either Kiernan or Bexley expected. Snowbound in a shoddy convenience store with the least hospitable storekeeper in the state of Wyoming, two other stranded travelers, four kids forgotten by Santa – oh, yes, and each other.

Because there was that thing that happened last summer. A mistake. They both thought that… though for different reasons. And agreeing it was a mistake didn’t make it any more comfortable to run into each other at the ranch of their mutual friends, the Curricks of the Slash-C Ranch. Especially when those same friends suggest, nudge, and push them into traveling East together to join their respective families for Christmas by spending eighteen hours in a car together.

Except they never made it out of Wyoming, thanks to an early-arriving blizzard.

And now their choice is to have one of the least festive Christmases on record or work with what they have and each other to make this a real Christmas for those kids … and maybe discover what Santa has in mind for them.

Making Christmas, another installment in USA Today bestselling author Patricia McLinn's Wyoming Wildflowers series, is a fun, feel-good, moving contemporary romance that will captivate fans of RaeAnne Thayne, Barbara Freethy and Debbie Macomber. Fans of the Wyoming Wildflowers series came to know Kiernan, younger brother of A New World’s Cahill, in A Cowboy Wedding – and even had a hand in determining the young Irishman’s romantic future. And for more holiday cheer, read the love-at-first-sight story that planted the wildflower seeds in Wyoming Wildflowers: The Beginning.

[Kiernan and Bexley] had stepped into a crowded shop with rows of shoulder-high shelves hugging narrow aisles. The back showed ranks of glass doors to cold storage, the right side held more racks until reaching an opening at the back that must connect to the shorter building next door. The left side held the counter to check out, with a microwave and a trio of coffee machines in the corner beyond it.

An older woman in a bright blue sweater was filling a thermos at one of the coffee machines.

The sudden cessation of snow and wind hit Bexley first. She supposed warmth would seep in more slowly to defrost bones frozen in the short trip to the door.

An attractive fair-haired man in his mid-thirties, wearing quality casual clothes, stepped forward and helpfully took one of the bags from Kiernan and the shopping bag from her.

“More people? More darned people?” came a harsh voice from behind the counter near the door. “Already bursting.”

“It’s these folks and the earlier two, other than your family.” The trooper’s hat tipped toward a group gathered by the opening at the right rear, presumably leading to the other half of the building.

Another man in his mid-thirties, also attractive yet of an entirely different type, stood there with four kids. He wore old, working jeans, with an open jacket showing layers of clothes beneath it. He held a cowboy hat with damp marks spotted on it and a puddle beneath it, signaling it had carried a crop of snow.

The kids ranged around him. A lanky boy barely in his teens. Two girls half the boy’s age who looked enough alike to be twins. One of them held a toddler of two, maybe three years old.

“His family. He’ll tell you so soon enough,” the voice from behind the counter said in apparent reference to the man holding his hat.

Bexley leaned forward to look past Kiernan and saw the voice came from an older man with clashing plaid flannel shirts, one atop the other, patches of solid white and salt-and-pepper hair sticking out at even odder angles than her first ever attempt with styling gel produced, and a slightly lighter-colored beard bushing out from his cheeks, then scraggled toward two uneven points down his chest.

Tension seemed to zing from the man behind the counter to the family group and back.

“What the he— heck’s with this snow anyway? Weren’t supposed to get this storm for another twelve hours,” the older man grumbled.

“Still coming,” the trooper said. “This is a bonus, not the main storm. Some front moved in when it wasn’t supposed to and met up with another front and—” He held his hands together, palms up, then jerked them apart, allowing whatever mythical something they’d held to drop. “—bloop.”

“These are the last of the eastbounders,” he continued. “All other vehicles accounted for. I’m going back west to check if anyone’s stranded.”

“And because your family’s there,” the shopkeeper said cynically.

“That, too. Gives me a chance to be home for Christmas,” he said cheerfully.

The hope got Bexley into the vehicle with Kiernan, made him plan to drive three-quarters of the way across the country, brought them here.

Oh-so-far from home for Christmas.

The trooper had a question for the shopkeeper. “How’re you situated on propane? Got enough?”

“I got plenty for me. Could run right through it with the battalion you’ve dumped on me.”

The older woman came toward them, tightening the top on a thermos with quick, competent movements.

“You’ll have to make do. Maybe ration it out. You all—” The trooper’s gaze went from the woman offering the thermos, to the blond man with her, then to Kiernan, over to the family group by the door, finally to Bexley. “—stay here until we get you word it’s safe to go.”

“Yeah. Exactly like that,” the trooper said dryly. Then he looked at the man with the cowboy hat. Bexley, following his gaze, saw shadows under the man’s eyes, grooves dug in around his mouth. Weariness, worry, and worn down. “Everybody stays here. It’s too dangerous out there to try to get anywhere. Won’t be anybody can get to you to help if you go in a ditch.”

The man said nothing. Nor did he meet the trooper’s gaze. The trooper muttered something, put his hat and gloves back on, took the refilled thermos from the woman with a nod, and left without another word.

For a long moment, no one moved.

Then the woman who’d filled the thermos, extended a hand to Bexley. “I’m Pauline Ohlrich and this is Eric Larkin. We’re stranded, too. Couldn’t get far enough east fast enough to miss the storm. And our charming host said everyone calls him Gramps. I suspect he mis-heard them calling him Grump.”

She not only said it loud enough for the man behind the counter to hear, she made a point of looking at him as she said it.

A faint ripple showed in his unruly beard which might have been from a grimace. On the other hand it might not have been aimed at the woman named Pauline.

As Bexley and Kiernan completed introductions with Pauline and Eric, the shopkeeper stomped over to the family group.

The two men’s voices didn’t rise, but the intensity came through.

“—you’re the last person on earth I’d want to see here, Hall Quick. And with all them in tow.”

“Last place on earth I’d want to be or to bring them to. No choice.” The father of the family group jerked his head in the direction of the window. “Can’t risk taking them further in this.”

“You’re worried more about those animals than—”

“If I don’t get them to where I can sell them—” He stopped, clearly not willing to consider it. “I’m going. No choice. I’ll be back for the kids as soon as I can.”

“Don’t worry. They won’t look to you for anything more than you’d give a stranger.” He turned to his family. “Dan—”

The teenage boy didn’t look up. “I know.”

“—you’re responsible for the others.”

The lines by his mouth deepened. He jerked his head in a sharp negative. “Don’t see how that can happen, Molly.”

Tears came to the other girl’s eyes. “But you’ll be back here by Christmas, even if we’re not home, you’ll be here with us for Christmas, won’t you?”

“Probably not.” His voice went even grimmer and rougher. “We’ll have to let Christmas go by this year, Lizzie. I’ll be back as soon as I can.”

He cupped his hand over the head of the three younger children, one by one, started his hand toward the oldest, then drew it back when the boy called Dan recoiled. He gave his son a nod.

The man clapped the hat on his head, then fastened his jacket as he walked to the door. Did his boots make his footsteps sound like they belonged to a much heavier man? Pulling the door open, he hesitated an instant, then, without looking back, he disappeared into the opaque world beyond.

No one had moved when they heard, under the wind, the low sound of a truck engine laboring to life.

The truck with a trailer.

The familiar sound she’d heard had come from cattle in the trailer, Bexley realized.

She hadn’t spent a lot of time in Wyoming, but knew that wasn’t the regulation size cattle transport trailer. It wouldn’t carry many head. For the man to risk going out in this because he absolutely had to get those few head to market must mean a precarious financial situation.

The storekeeper turned his head to look out the window. “Well, by the lights, he’s made it onto the highway. Doubt the fool will make it much farther.”

The boy named Dan glared a hole in the back of the older man’s head.

Oblivious, the shopkeeper said, “No use waiting around to see. How about some coffee?”

The last was not an offer to the rest of them, but was directed at the older woman with a jerk of his head toward a cup on the counter as an apparent request for a refill.

“Get your own. We need to settle these newcomers in. And considering what you didn’t do for us or your relatives by way of welcoming and settling in, I’ll see to that.”

A mad plan....
Bexley and Kiernan find themselves in the last place they expected, in the company of the last person they expected...but Christmas is a time for magic!
Bexley, Kiernan and the amazing support cast in this book will steal your heart and light it up like a Christmas tree, even Gramps will grow on you! They may be strangers but the nine of them form an unlikely family and are determined to make Christmas special 'for the kids'. They roll up their sleeves and get on with making decorations, cookies, a tree, presents and more importantly memories. They finally get to see the 'real' version of each other, usually kept hidden behind walls and mountains of emotional baggage. Can Bexley and Kiernan also find true happiness together?
The Wyoming Wildflowers series is a sweet, feel-good series, I read my first Wildflowers book in 2012 and have loved the series ever since. This book especially will leave you overflowing with love and ready to embrace the Christmas season.

You asked and we responded! Making Christmas is now available in paperback at Amazon and coming soon to Barnes & Noble and other outlets. I really appreciate my loyal readers (a k a the ReadHeads), who said what great gift it will make!

Behind the Scenes of Making Christmas

While Bexley and Kiernan are stranded at a small convenience store over Christmas by a blizzard, they lead the way in giving four kids also stranded there a real Christmas.

I wanted to share some of the instructions behind what they do while Making Christmas, starting with the inspiration for Gramps’ store. This is from Shell, Wyoming, which is on the other side of the Big Horn Mountains from the Slash-C Ranch. 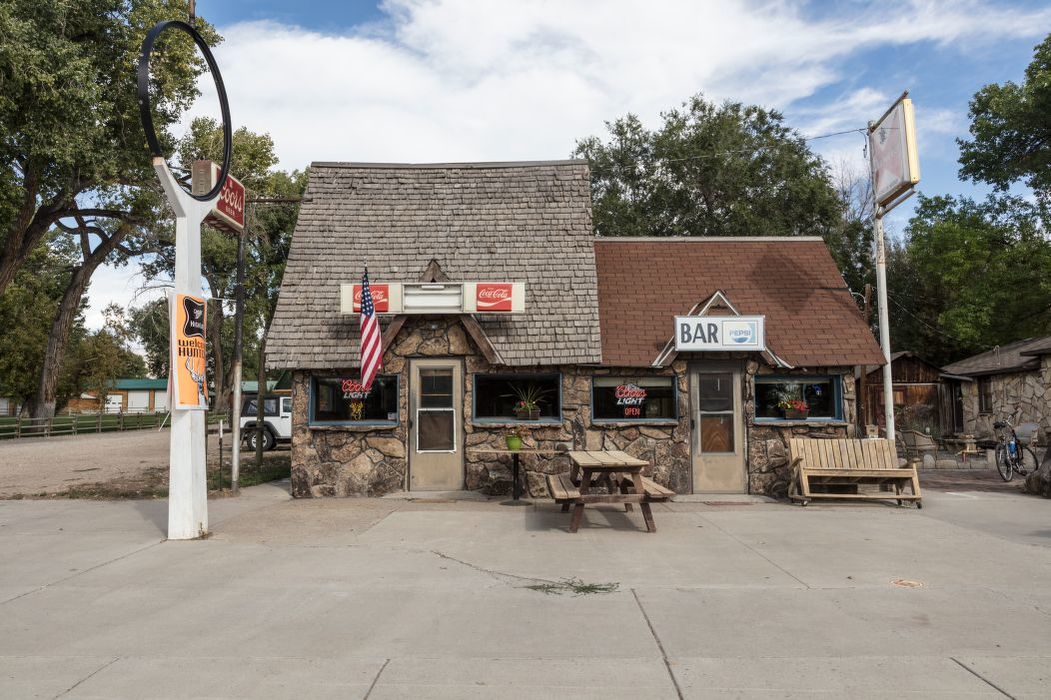 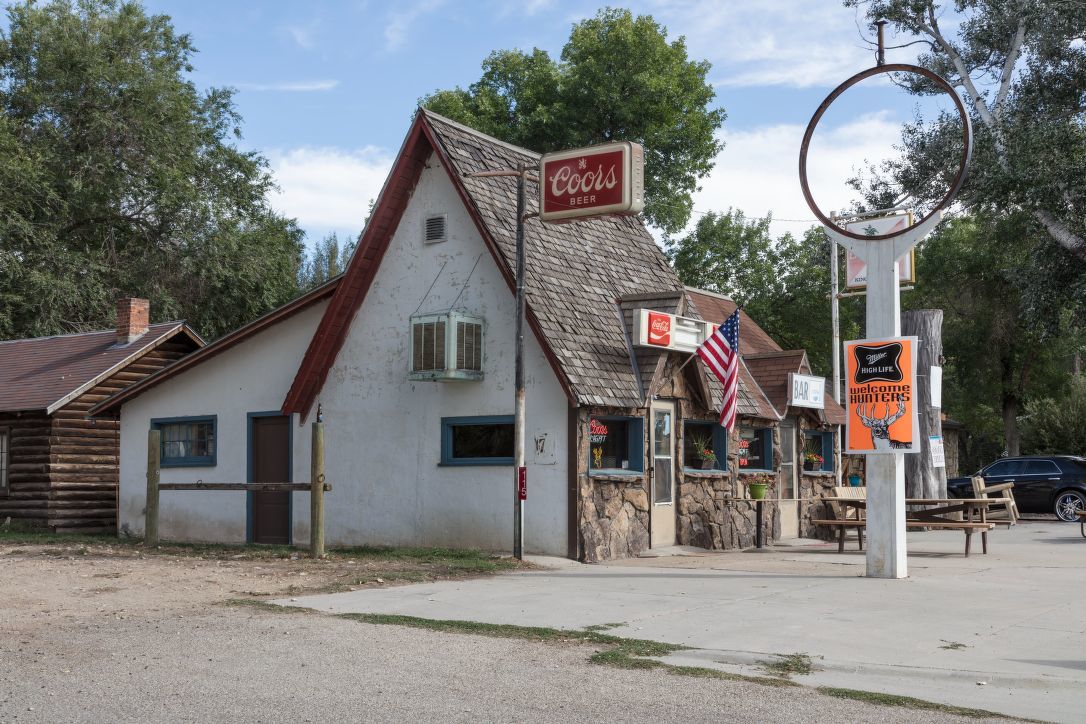 Christmas trees for the table (first craft in this video)

Or pick your own instructions here. 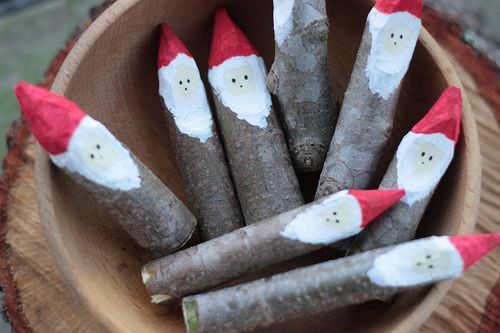