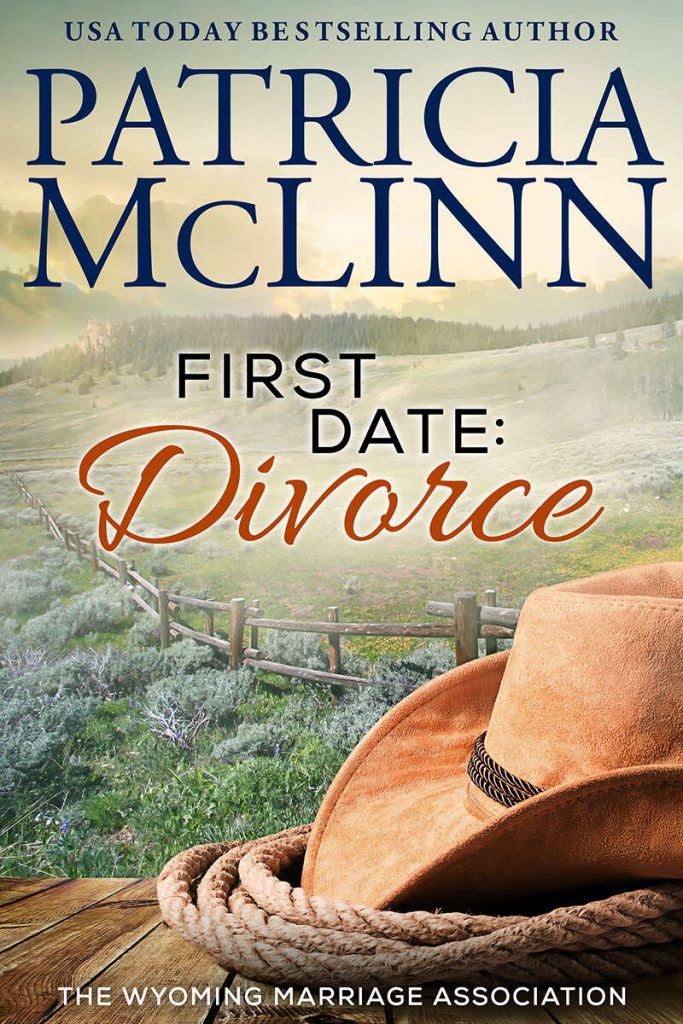 Going undercover as a couple on the brink of divorce is the perfect role for K.D. and Eric. After all, neither of them believes in marriage. The one snag is they’ve never met before.

Locals think there’s something wrong going on at the Marriage-Save facility that wants to take up permanent residence in a historic building in Bardville, Wyoming. While he investigates from the outside, the sheriff recruits his friend, Eric Larkin, to look into the matter from the inside, along with deputy K.D. Hamilton, as a couple desperately in need of counseling.

It’s a match made for divorce.

K.D. never has believed in marriage, with her view strengthened by watching her mother’s current marriage restrict and change her.

Eric’s family is filled with good marriages, leaving him unprepared for the possibility of a bad one. His was a stinker. The divorce from his ambitious ex was even worse. As he told someone, “For me it was getting hit in the head from behind with a cement block. After the first blow, it’s all a little foggy.”

So, they’re all ready for the relationship-headed-for-divorce part of this assignment. But to fool everyone at the Marriage-Save facility, they also need to persuade them there was enough between them once to fall in love and get married.

This could be trickier than either of them ever expected/bargained for.

Characters from my Bardville, Wyoming and A Place Called Home trilogies, the Wyoming Wildflower series, and Ride the River join forces to bring together people they hope will find love and happiness as they have.

You might have seen a short preview of The Wyoming Marriage Association at the end of Making Christmas (Wyoming Wildflowers, Book 10). Eric Larkin is one of the travelers stranded at Christmastime in a shoddy convenience store; he's introduced in that novel as "an attractive fair-haired man in his mid-thirties."