First, those athletes who demonstrate the grit and grace of striving.

In particular, I am extremely grateful to the following people for answering so many questions and for giving such wise answers (any errors are mine, not theirs):

They were invaluable in bringing The Games alive.

Dave Shultz, who sent a rookie reporter out to cover figure skating, cross-country skiing and ski jumping — and got me hooked.

Scott Hamilton, who even all those years ago at the Wagon Wheel in Rockton, Ill., was a gracious champion.

Christine Brennan, who was always encouraging. And colleagues in sports departments at the Rockford Register-Star, Charlotte Observer and Washington Post, who let me handle lots and lots and lots of winter sports stories. Especially Mike Doyle, Sherri Winans Glennon and Kay Coyte.

Athletes and coaches from the Rockford, Ill., area, who taught me many lessons about competition, sportsmanship and people.

My family, who got me started on sports in the first place.

A long list of writing buddies who heard about this story over the years. You know who you are because now you’re hearing about new stories. A special thanks to Patricia Lewin, Ann Majors and Debbie Pfeiffer, who gave me a stern talking to in a bar in New Orleans.

Thank you all. Let the Games begin. 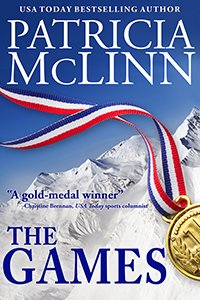 And Kalli agrees! Here’s my beloved rescue collie with an early edition of The Games! 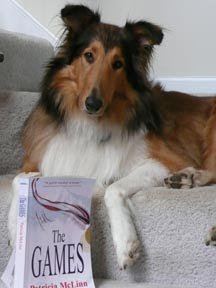